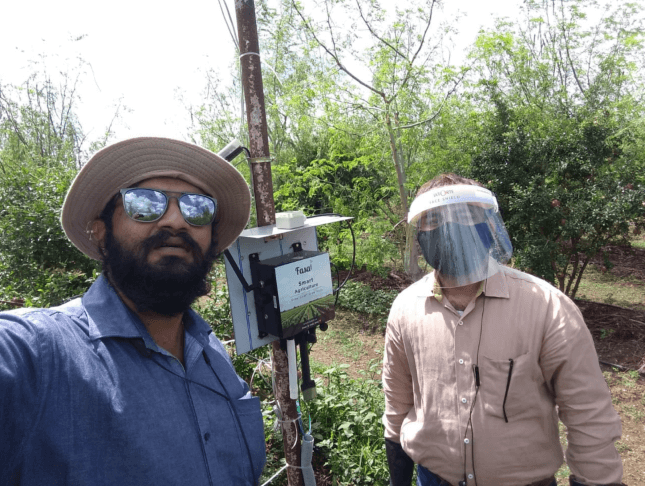 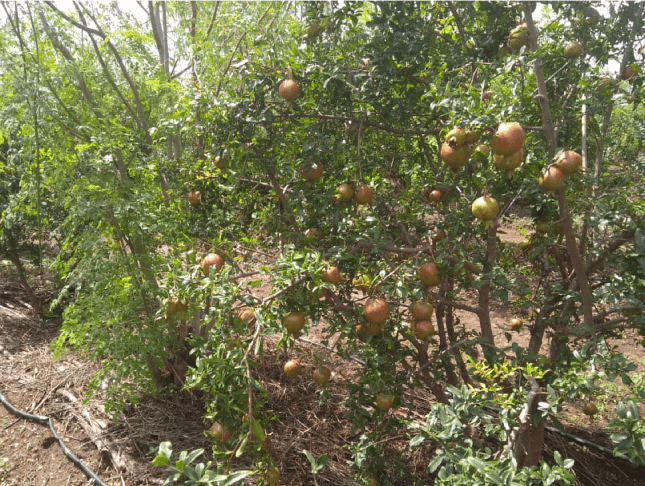 "I could get the precautionary information about the pest outbreak which helped me manage my spray cycles. I did whatever the Fasal app told me and just like that I could save Rs. 35000."

"The rainfall was as predicted at exact time and has been 100% correct so far. Not just this, but, to my surprise, the Nisarg cyclone was true. I managed my calendar for spray timing, irrigation timing, fertigation timing as per device and I could mitigate the risk of fertilizer leaching. The fertilizer was used with 100% efficiency."

Mr. Hemant Wavhal, a progressive farmer from alephata (dist. Pune) has installed the Fasal device four months ago, because of which, he has saved ₹ 35,000 in his cost of cultivation so far. Alephata village is commonly popular for production of onions and fruits, however the thought of trying something new encouraged Mr. Hemant to start farming Pomegranate. During same season last year, in four months the production cost was ₹ 70,000, whereas, this time it was just ₹ 35,000, said Mr, Wavhal.

“Due to lack of knowledge, I purchased a lot of sprays. I used to spray whatever my fellow farmers and shopkeepers used to tell which led to huge increments in production cost. This year, I installed a Fasal system which completely changed my spray timetable. I have purchased just two sprays since the last two months. Pests like Aphids, Thrips, Spider mites were never seen. I could get the precautionary information about the pest outbreak which helped me manage my spray cycles. I did whatever the Fasal app told me and just like that I could save ₹ 35,000.” as shared by Hemant Wavhal.

Fasal app notifies about the changes happening in the farm every hour. As I could get the information about change in weather in advance, I managed to use less expensive organic pesticides. Because of accurate rainfall predictions, I could efficiently use inflow and touch sensitive fungicides and thus avoiding unnecessary sprays. I was quite surprised to see the savings in water consumption. I had never paid attention to the amount of water supply before, but, due to Fasal device, I can completely understand irrigation timetable. I used to water the farm for about 6-7 hrs after observing evaporation from soil. Now, I water farm for just 3.5-4 hrs. The fear of leaching of soluble fertilizers is no more because of accurate rainfall predictions. I could fertigate during the right time and could utilize the fertilizer properly which used to get wasted before. Besides, I can use the fertilizers and supplements as and when needed by plants, thanks to the plant growth information provided by Fasal. I’m sure this will make sure the soil fertility is maintained.

Write to us on

"Send hi on WhatsApp to this number for more details".